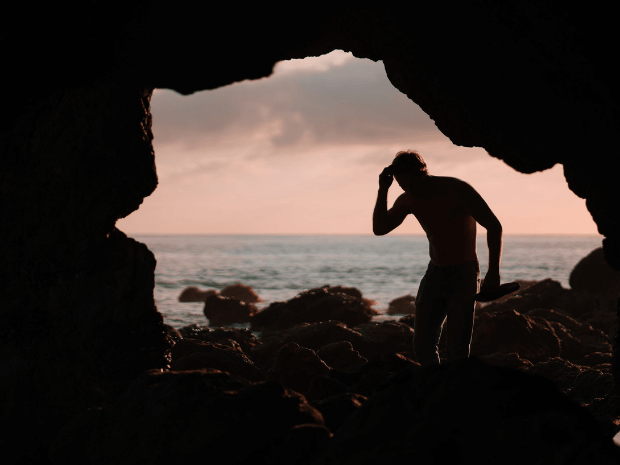 Get to know the Neanderthals

Neanderthals are our closest extinct Human relatives. How they fit into our genealogy is still up for debate but either way, these long lost cousins of ours are often misunderstood.

This blog post is full of facts and research to help you get to know your fossil kin a little bit better, and help bust the myths about their lives; heads up, they weren’t as ape-like as you might think!

This blog post is full of facts and research to help you get to know your fossil kin a little bit better, and help bust the myths about their lives; heads up, they weren’t as ape-like as you might think!

The discovery of Neanderthals

The first Neanderthal fossil was found in 1856 in the Feldhofer Cave of the Neander Valley near Düsseldorf, Germany. Since then, we’ve learned through carbon dating that Nanderthals lived in Eurasia 200,000 to 30,000 years ago in the Pleistocene Epoch.

Neanderthal’s appearance was very similar to our own, which made classification of early findings difficult. However, there were a few key differences in their physiology compared to modern day humans. They were slightly shorter than us and built stockier. They had more angled cheekbones and very prominent brow ridges, which sat over a much wider nose than you might see on a person today.

It’s theorized that, at least for a time, Neanderthals shared the Earth with other human species, including Homo-sapiens, and may have even interbred with us - making their classification and extinction timeline a little bit more challenging to define.

Fun fact 1: According to a study in 2018, Neanderthals were responsible for the earliest-known cave art on Earth. The paintings were discovered in three Spanish caves and are thought to have been created over 64,000 years ago - long before Homo sapiens arrived in Europe!

Aside from their obvious differences in appearance, modern humans do share some pretty major characteristics with Neanderthals. Firstly, like the ancestors of modern humans, Neanderthals were excellent hunters. They made tools and relied on well-thought-out strategies to catch and kill game, herding animals and other large powerful beasts that roamed the Earth at the time. Strong communication skills are vital for this kind of hunting, which is another reason scientists believe that Neanderthals may have had their own language. Of course, this is difficult to prove since voice tissues are not preserved well, so unfortunately this is has to be left to speculation.

When we think of Neanderthals, we might picture a sort of brutish, ape-like humanoid but in reality this was based on a French paleontologist’s reconstruction of a Neanderthal man, which was hunched and bent at the knees. The skeleton he based the reconstruction on turned out to be an older male with pretty severe arthritis, blended with Boule’s own misconceptions and uninformed expectations. In reality, Neanderthals stood upright like us and they were similar to us socially in many ways too.

Research suggests that Neanderthals lived in family units and possessed what we like to think of as a very human emotion: empathy. A burial pit in La Chapelle-aux-Saints in France, discovered in 1908, revealed the bones of an elderly man who had severe arthritis and no teeth. Suggesting that his family cared for him into his later years and perhaps even chewed his food for him. This isn’t the only example of Neanderthals taking care of their elderly or disabled loved ones, several other carefully buried remains have been found too. Not only did Neanderthals bury their dead, they also sometimes left flowers or other grave markers for the deceased. This might not seem significant but it was previously believed that only modern humans took funeral rites and had ceremonies for their dead.

In addition to this, what we imagine about Neanderthals is often synonymous with the idea of cavemen, since many Neanderthal fossils have been found in caves. However, early humans also lived in caves, particularly to avoid harsh winters and bad weather like in what is now England and Western Europe. Some examples of this are the original Cro-Magnon Man, found in France, and the Cheddar Man, who was found in Gough's Cave and lived in Somerset approximately 10,000 years ago.

A Neanderthals diet was also previously thought to be very highly carnivorous but food remains preserved in the calculus of Neanderthal teeth show that their diet may have been more similar to our own. The studies show that although Neanderthals did eat large mammals, they also ate various plants and fungi, mussels and other marine animals.

Differences between Neanderthals and modern humans

There were a few physical differences between the Neanderthal and modern man, aside from their long, low skull and prominent brow ridge, the central part of their face also protruded forwards and they had a very large nose, well-suited to surviving in colder, drier environments. Their front teeth were larger than the modern human’s and they didn’t have much of a chin either.

Apart from facial differences, you might be surprised to know that they also had a larger brain than us too. The brain size of late Neanderthals ranged from at least 1,200cm to 1,750cm cubed. This is larger than the modern average, but it’s also in proportion to their body size. (Homo sapiens skulls from around 30,000 years ago had larger brains on average than people today too!).

Neanderthals had stocky, muscular bodies with wide hips and shoulders. They were between 150-175cm tall and likely weighed between 64-82kg. This build was adapted for colder environments; their shorter limbs paired with a bulky trunk minimised the skin’s surface area and helped to keep heat in. Some researchers also believe this compact physique gave Neanderthals greater power in their arms and legs for close-range ambushes during hunting.

Not only did they have bigger brains than us but they also had better posture! Research from 2018, busted the myth that Neanderthals were hunched over brutes. In fact, their spines were straighter than in modern day humans and they also had a wider lower thorax and a horizontal-shaped ribcage. These features suggest that Neanderthals had greater lung capacity, better posture and breathed differently to modern humans.

Fun fact 2: Neanderthals used to hunt woolly mammoth but a 2019 study showed that the two species actually shared some genetic similarities. Both had similar adaptations to cold environments and both went extinct around the same time.

Probably the most debated aspect of Neanderthal life right now is whether or not they interbred with other human species.

Why are the no Neanderthals now?

There’s been plenty of speculation into why the neanderthals went extinct but unfortunately no one knows for sure. The main theories of thought are that gradual or dramatic climate change was the cause, since they were well suited to colder environments. Others believe that humans killed off the Neanderthals and recently, more and more evidence is coming out that Neanderthals didn’t exactly go extinct but rather interbred with humans until they were absorbed into our species.

Another theory is that humans essentially out-competed Neanderthals as two species simply cannot both fit the same niche at the same time without one doing better than the other. This theory is known as species drift and it occurs when a species slowly replaces another in the same territory and niche.

While we don’t know what really happened for certain, research is helping to piece together the puzzle every day. Ancient DNA has already been recovered from Neanderthal fossils and it’s led on to the reconstruction of several complete genomes. These have shown us that during the last 20,000 years Neanderthals were around, they were relatively low in numbers. The genome of a female Neanderthal from the Altai Mountains showed signs of long-term inbreeding within her population, which was another indication of low numbers and fragmentation. This has also been put down to climate change, where the conditions were extremely cold and extremely dry around 40,000 years ago. This climate data has been used in partnership with an absence of Neanderthal tools from this time period to indicate that the weather really did have a negative effect on the species as a whole.

But who knows, perhaps some Neanderthals did survive, interbreed with humans and we today are their legacy? Only time, and plenty more genetic testing, will tell.

Discover the world of genetics

Join our community to learn more about your health and contribute to the development of medical research.

AncestryDNA, 23andMe, and MyHeritage have a combined total of over 15 million consumers’ genetic information in their database. All of these companies allow customers to download their raw data and there are hundreds of companies offering to re-analyse your data to give you even more information about your health or ancestry.

What one man learned from doing over 300 DNA tests

Craig Macpherson is possibly the most genotyped man in the world. We invited him to join us for the second installment of our podcast, to talk to him about his site: DNA testing choice, and to learn what he discovered from doing over 300 DNA tests.

DNA Testing: the Good, the Bad and the Ugly